The dying Art of Conversation 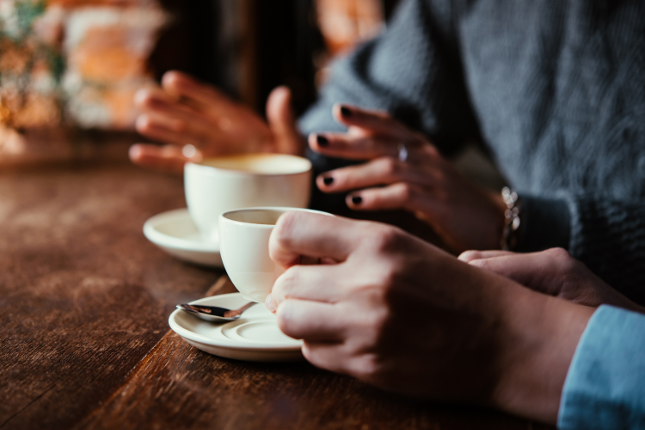 On a recent long car journey with one of my teenage boys I turned to him, face down in his phone to try and open a conversation and asked if he ever got bored of playing on his phone. “Dad” he replied in a typically belligerent tone, “I’m not playing on my phone, I’m talking to my friends”!

On that occasion, not really wanting to get into the intricacies of the definitions of either “talking to” or “friends” with a belligerent teenager we left it at that. It did get me thinking that maybe some of the current trends in our younger generation’s means of communicating, particularly the dominance of social media applications may become somewhat of a hindrance as they move into their occupations in later life.

My older brother is a computer genius, not just saying that because he’s my brother, he’s a proper genius who’s brain operates in some other dimension where computers are concerned. If I’m honest, most of the time I haven’t got a clue how he does stuff, but I can at least assess the outcome and it’s always both clever and impressive in terms of what it does.

At one point there was a slogan which read something like “if it moves, automate it”! Right from the very start of the industrial revolution we’ve seen incredible advancements in technology consistently developing efficiency beyond anything that could have been imagined previously. Similarly, computerisation in businesses continues to create unbelievable advancements in productivity, efficiency along with opportunities to operate on a completely different scale with less real resources than ever before.

Not to be too silly about it, but if you wanted to, in recruitment you could pretty much adopt some software to automate the whole shooting match. Clients could mail in vacancy request and this would trigger automatically vacancy adverts, it would then automatically collect CV’s and build a long list, then follow a clever algorithm to filter this to a short list according to the clients criteria submitted with the vacancy request, then the short list would automatically be sent to the client. A simple check box exercise against each candidate could trigger an automated interview invitation to the successful candidates….and so it could go on.

All incredibly efficient and actually quite realistic in terms of software that could do it but I’m hoping you’re with me that ultimately the lack of relationships in the process would prove a fatal flaw?

For us in recruitment, so many of the critical success factors are the relational qualities between hiring manager and candidate and to perceive this properly we really need to have some depth to our own social interactions with candidates and managers throughout a process. When you’re drowned in a volume of work, some form of messaging or email can seem an attractive means of communicating, quick, efficient and allowing for a greater over all volume of activity.

However, and it’s a big however, anecdotally, the processes we run which are most likely to be successful are the ones where we have had the most ‘real’ interactions with both candidates and hiring managers. This is where ‘real’ interactions are phone calls, skype calls or face to face meetings. Whilst I can offer opinions on why this is the case, I have little science to back this up. Nevertheless I personally, am in no doubt that those who maximise their ‘real’ interactions with people involved in their business dealings will be more successful than those who rely on the more superficial means of maintaining contact.

I suppose the key questions to ask are what is beneficial to automate versus what will carry a penalty of some kind, most likely a loss of relational content. CRM systems and more recently online databases like linkedin have clearly been game changers in recruitment in being able to automate huge aspects of the sourcing process in addition to prospecting for new clients. Although GDPR will now present some interesting challenges to this in 2018 making many of the automated processes recruitment business have been using no longer acceptable practise. Still things have come along way from hard copy CV’s and hard copy client cards pre CRM systems.

Coming back to my initial observation, I think Aristotle had a point with his “we are what we repeatedly do”. If our children develop with social media as king, where a “meeting” is actually sitting in your room connected to people over cyberspace, where “talking” doesn’t actually use your mouth, and “friends” can run into the hundreds or thousands of which many you are not actually sure how you “met”? Maybe they won’t develop the key relational and true social skills and practises that will allow them to thrive in business in later life?

Certainly as managers within the recruitment process I would advise careful thought as to how much automation is wise in place of good old fashioned ‘real’ interactions. There are huge gains to be had through automating the administration of the recruitment process, linking databases with calendars, email and mobile apps, sharing vacancies across social media and so on. These all present excellent opportunities to generate better efficiency and increase productivity.

When it comes to dealing with both clients and candidates my preferred technology is skype or a web based video platform to communicate. Critically it leaves one had free for writing notes and the other free to operate the tea and biscuits! There is still no software substitute for getting to know your customers in the good old fashioned sense of tea and biscuits!