Small is beautiful! A forgotten principle? 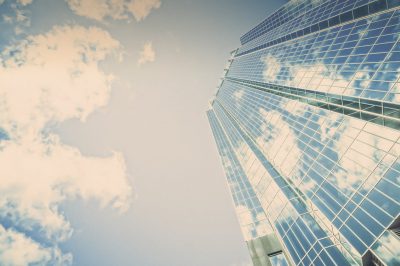 The UK news has been dominated over the last few days with the news of the collapse of Carillion.  Without a doubt, it’s a very difficult situation in which there will be many casualties and much suffering for many over a prolonged period.  I can’t help feeling though that the coverage may be missing a serious point of debate regarding how we structure our companies and indeed our economy, and specifically upon what principles we build our house.

On a broader point of debate, which I don’t propose to focus on here, the world economies are all based upon a growth mindset, more, bigger and better.  The truth is, we live on a finite planet with finite resources and a growing number of people placing demands on those resources.  You don’t have to be a world-class scholar to work out that this equation doesn't balance, and in fact, all that can really happen in the crudest of senses is a re-distribution of wealth, if one economy is winning, another somewhere is likely losing.

It is, of course, more complicated than this, there is much to be gained through improving efficiency and making resources go further and last longer, but my point is our global approach to business is generally to take it away from somebody else.  Equally, when somebody loses, it’s likely that eventually someone else wins as a result of this.

In Carillion’s case, it’s an example of growth to an extreme level. They seem to have their finger in almost every pie; hospitals, schools, building and construction.  There are clearly huge commercial benefits to be reaped through being big.  A simple lesson in A-level economics reveals that economies of scale mean that relative costs go down as you get bigger and buying power means you have a better ability to buy your services at more competitive prices, further reducing costs.

The bigger the company’s finances, the bigger their power to recruit the most powerful captains of industry to run it.  The more areas they operate in, the bigger and more pulling power their brand has; opening up more opportunities to enter more markets, and so it goes on.

It’s not necessarily all good though.  When these huge companies fold, and thousands of people lose their jobs, countless suppliers are left out of pocket, sub-contractors left in trouble, and so on, company directors are often left to consider their futures from a wealthy ‘castle’ with several years of dividends to see them through to their next gig.

Perhaps there are clues in unlikely places to a different way of looking at it all.

I’m not such a fan of the current trend of reality TV, although I have to say that there are aspects of Ant & Dec’s "I’m a Celebrity" that I find interesting to watch.  You take a group of people we loosely call famous, often characterised by their own self-interest and glamorous lifestyles full of the superfluous nonsense that populates your average tabloid newspaper.  You put them all together in an isolated pod of jungle in Australia with limited ‘things’ and even more limited food to go around, then see what happens.

The results are often as heart-warming as they are surprising.  Existing in an isolated small community, cut off from all aspects of the privileged lives they are used to, they are forced to survive by an entirely different set of rules.  All of sudden, nobody has ‘things and stuff’ that they can wear as masks to feel more superior.   Arrogance and superiority simply lead to resentment and isolation within the group, closely followed by unhappiness and persecution.  They mostly soon realise that it pays to get on with everyone despite superficial differences; they all have to contribute for the greater good of the group, and perhaps, most importantly, if someone is struggling others rally to help and cover their weakness.

In such a small group, laziness, selfishness and other less desirable tendencies are quickly exposed and dealt with, but in a way that sensitively realises they will still be part of the group after the necessary discussion. No one can be kicked out of the group! 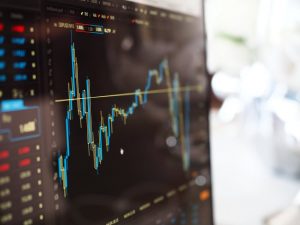 For me, there are direct parallels between this, and the big company versus small company discussion.  Big companies can be very impersonal and lose the need to treat people with basic human respect, and that can include their customers!  They can create an arrogance and superiority driven by money and power that is neither attractive or in the end, productive.  Also, as structures grow, it can become difficult to isolate what tasks and which people are truly contributing to productivity and profitability, and which roles can just become comparably needless links in a management chain.

By contrast, in small companies everything is transparent.  There’s nowhere anyone can hide and be lazy.  Poor behaviour needs dealing with quickly, but respectfully, in a way to try to help the offender shape up and thrive as part of the small community.  Arrogance and superiority at the top will fail as people bail out and leave.  In a big company, this is no trouble as top management can adopt a ‘plenty more fish in the sea’ approach.  In the small company, the cost and time required to hire and train a new person can be very damaging, so it helps to solve issues in a more humane way and sustainable fashion.

Returning to Carillion’s domination of the news. Statements inferring that the government should have stepped in and pumped money into Carillion to save a lot of lost jobs are a little misleading.  In many cases, the work lost by Carillion still needs doing, it will eventually be re-distributed to a more profitable and perhaps more stable supplier.  I do accept that the situation will be awful for many in the short term, but I’m wondering whether we should be scrutinising the decision to hand such vast swathes of lucrative government contracts to only one such big supplier in the first place.

Perhaps longer-term stability would be better sustained on smaller, more transparent and more accountable businesses.  Companies with no room for arrogance and ego, who present a tight-knit community approach to providing products and services. Companies who truly value their desire and ability to delight their customers, and aim to generate a long-lasting, meaningful and reliable relationship built on mutual respect and mutual desire for each to thrive.

Given the weight behind society's drive for bigger, better and more, I think a return an economy populated by more small companies built and thriving on a more humane set of values of trust, selflessness, honesty and a desire for everyone to thrive is little more than a Utopian pipe dream.  However, in a world that is ever-changing, I truly believe there are some constants I will always hang my hat on.  The most basic set of humane traits; honesty, respect, reliability and integrity will remain attractive to all.  If you are a business owner, it will be attractive to those you employ, and if your company reflects these values, it will also be attractive to your customers.

To maintain these values in the vast companies that dominate today’s economies seems an impossible task.  The result is large organisations of vast value often dogged by scandal and strife at the top, management structures of questionable efficiency run with little emphasis on basic human value, a regular need for dramatic changes resulting in large-scale human loss and heartache and products and services we all moan about. No names mentioned of course!