Recruitment Fees – Do you get what you pay for? 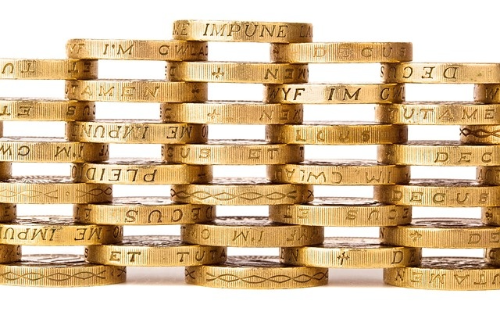 The phrase “you get what you pay for” is a commonly used phrase in almost any market. Of course, it’s always going to be the case that you can dig out exceptions, but the phrase is supposed to reflect the natural impact of market forces. If your product is better than a competitor and at the same price, demand for it will be higher than the competitor, but at the same time you will be able to command a higher price and maintain the demand due to the better value the product or service represents.

This is a principle that we all know and recognise, perhaps best remembered in the Stella Artois campaign still routinely quoted and recited on courses everywhere “reassuringly expensive”, it was both bold and brilliant in its lasting impact.

Does this apply to recruitment?

Just before I started in recruitment in 2001, it was a boom time in pharmaceutical recruitment, and I was doing my market homework prior to launching. I was in a fortunate position to be a customer of my future competitors, making market research a straightforward affair. The big pharmaceutical companies were carrying vast numbers of vacancies meaning the biggest two or three agencies in the sector were expanding very quickly. No names of course, but one agency explained that their aim was to get standard recruitment fees down from the norm of around 17.5%, to 9%!! On the face of it, exceptionally attractive to clients, was it at a longer-term cost?

Just to backtrack here and explain some science around recruitment fees. As a recruitment business owner setting fees, there are many things to take into account. A consultant typically will have to run many processes that are unsuccessful in order to reach one that is. So in essence, the fee charged on the successful placement must be enough to cover all of the other processes that failed and leave enough over to make a profit. Then you need to factor in your advertising spend. The more you spend, the more you need to ensure that an additional spend on advertising is more than offset by the better strike rate and additional fees it generates. And so it goes on.

Historically, if you threw all the numbers into the machine and charged 17.5% for a sales role, the customer was happy to pay, and it generated enough for the recruiter to be profitable. This equation remained balanced at this level for much of the 1990’s when I was in the industry itself. So, knowing what I know now, I don’t believe the numbers could ever have worked at 9%, even given the lowering of recruitment advertising costs through the move from paper to online. Even so, this might even be a red herring to the discussion.

The flaw comes when you look at the internal workings of the agency. The traditional agency model is composed of a recruiter who will earn probably 30-50% of their remuneration through commission, which is, in turn, based upon the fees they are able to bill. Imagine if I am a commission-lead top recruiter, and I’m holding a top candidate and looking at four matching vacancies on my desk. Clients A and B pay 17.5%, client C 15% and client D 9%, I’d be a fool not to prioritise my top ranking candidates to clients A and B, and to use client D to offload some of my weaker candidates.

Equally, if it’s Monday morning and I’m writing my daily and weekly plans and prioritising where I will be spending most of my time, again it’s logical to prioritise more time on clients A and B. Even if I like and am really friendly with client D, if I’m a commission-lead recruiter I won’t be winning any holidays or topping league tables putting extra time into client D.

So the truth is in this sense, paying a lower fee will result in a sub-optimal campaign and most likely a hire that will reflect the mechanics of the above in terms of the priority given to a given campaign.

So is it sensible to look for the lowest fees possible?

This may be a contentious one, but I believe the answer often lies with the client’s own selection process and who makes the decision as to which recruiter(s) to use and why. In most cases, HR personnel, and/or talent acquisition folk as a department within HR that is responsible for recruitment, select the chosen recruiters. In my experience, most HR personnel are charged with the task of filling roles, but from a financial perspective, they are only ever likely to have cost-driven objectives within their remit.

On the contrary, as a former hiring sales manager, I was driven by either sales and/or profit-driven objectives. So, in the event of the hiring scenario, I was very much focused on who would likely return the best sales growth over the next 12 months. Furthermore, it was likely that the difference in sales success between an average sales hire and an excellent one would always dwarf any fee difference at the point of hire.   Being blunt, if an extra 2.5% in the fee meant I was more likely to get the very best available candidates to select from, it was always going to be worth it. 2.5% lower than the market average was always going to be a false economy.

Furthermore, the HR professional will be measured (from a financial perspective) on cost alone recruiting, with no formal accountability to the success and revenue generation of the employee once on board.

I’ll put my hand up and admit I’ve learned this the hard way myself. As a small company, in the early years, we tried to economise on what in retrospect we soon realised were one-off advertising and recruitment costs. Ultimately, to save relatively small amounts on a one-off up-front cost, we compromised on the long-term potential the hire was able to have on our business.

In fact over the years, I seem to have learned this same principle over and over again. Going for the top end of your car buying budget will often mean longer-term lower maintenance bills, and of course, a nicer car to drive. Buy a cheap pair of runners, and you may find you’ve bought two pairs before a more expensive pair would have worn out. I could go on.

The summary is that this principle does, of course, apply to recruitment fees the same as any other product in any other market. My recommendation is to take a holistic view of both short-term costs but also longer-term revenue considerations. My observations of the current market trends are that recruitment decisions are fundamentally cost-based in most cases within the pharmaceutical and healthcare sector. It’s foolhardy to assume the natural laws of commerce won’t apply and that there will be a price to pay, albeit perhaps hidden and not perceived through the selection of the cheapest bidder. To the contrary, I believe that most of the time, any differences in recruitment fees from the cheapest to the highest will nearly always be insignificant in contrast to the difference in long-term revenue impact between an average and exceptional hire. As such, there’s an argument to consider those with higher fees and investigate the reasons they are able to justify and maintain their higher price.