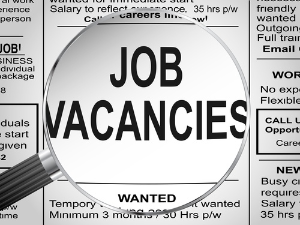 I was recruiting as a manager in the pharmaceutical industry in the late 90’s and began my present journey as a recruitment business owner in 2001.  Since then technology has changed beyond anything I could have imagined.  I’ve just googled to find out when the first smartphones came along and Google tells me it was in 2000.  However, the real smartphone revolution really took off courtesy of Mr Jobs with the first iPhone in 2007.

In the early stages, developments were limited by the relatively poor quality and availability of mobile internet.  The situation today was unthinkable in 2001; that almost everyone would be permanently wired to the Internet 24/7 via a small device that lives in a pocket by day, and, some might say sadly, by the bed or even under a pillow by night.

Recruitment in 2001 was also very different

Candidate sourcing was primarily achieved via incredibly expensive advertising.  In our case, it was a lineage advert in the back of the Telegraph every Thursday at around £100 per centimetre; we routinely did around 10cm per week.  Then, in addition, we would advertise in industry-specific magazines which were more expensive still, with a one-page advert in colour costing up to £8K/month.  As a smaller recruiter, we used to plump for a quarter page or even an eighth.

There were all sorts of implications for this.  The first one being that there was catch-22 scenario for a newer agency like us.  Markets were dominated by agencies with the biggest advertising budget, but you needed to be big in the first place to have the revenue to allocate a large marketing budget.  In those days, much of an agency's value was in the size and quality of its in-house database, which was built via advertising.  With this in mind, agencies had to decide which job areas and geographical areas to specialise in, create specific advertising campaigns to target chosen candidate markets, and then build their database accordingly.  The smaller the agency, the more specialised they needed to be in choosing a particular target market.

The database was the core of an agency's value.  Each agency would use CRM (customer relationship management) software to build and store candidates, usually offline.  Then, when vacancies arose, a key strategy was to mine the database (which was immediate) in addition to advertising (which had a lead time).  The bigger the database, the greater the likelihood of quick wins in advance of any response to advertising.

The rise of the internet

In the 90’s came the rise of the internet. The first generalist job boards appeared in 1994 with the launch of Monster; it was the first of many job boards aimed across all markets. This was followed by others such as Totaljobs, Jobsonline, and many more.  In the early naughties came a rush of industry-specific niche job boards aimed at every possible niche market you could imagine.  Even before the smartphone revolution, this brought about big changes.  Monthly packages in jobs boards were only a fraction of previous paper advertising, and many times more effective at scooping up candidates with dramatic year on year growth.

As a small recruiter, this was a good time, as the previous advantage held by the larger recruiters in being able to dominate advertising through big budgets was quickly being eroded, levelling the playing field for smaller recruiters to compete for their share of candidates.  Arguably this was a positive change for client companies too.  Previously, there was no contest for a client choosing an agency, they simply went with the biggest agency, with the biggest budget and therefore the biggest reach, so quality of process didn’t come into it.  The rise of the job boards meant smaller agents could begin to compete for reach and candidate airtime, so the quality of agency process became a much more significant differentiator; a critical change for us at the time.

Almost everyone in the professional workplace is permanently, and I mean permanently, wired to the internet. Smartphones really are just smaller computers in terms of capability, and mobile internet is now of sufficient quality to be able to expect to be online anywhere that we go.  For younger generations, and maybe even not so young, their phone is the last thing they see at night, and possibly the first thing they see in the morning.  It’s an extraordinary scenario one couldn’t have imagined just 15 years ago.

In addition, pretty much everyone has some kind of online footprint discoverable by a recruitment consultant, and in most cases, this will include a professional profile, whether it’s a painter and decorator known to his community on Facebook, or a management consultant visible to all on LinkedIn.  There are a multitude of consequences of this in relation to recruitment. ‘Reputation capital’ is a fascinating one to me and probably a subject for a different discussion.  These days, we develop an ‘online reputation’ every time we use online applications.  If you sell on eBay, people rate you as a seller.  If you buy on eBay people rate you as a buyer.  People can leave you recommendations on LinkedIn; they can like your posts on Facebook.  All of this is online information which can be quite revealing about an individual in relation to experience and character.  Imagine a site that compiles all of your online reputations on an ongoing basis!! and publishes this for all to see.  My prediction is this is not so far away.  References and possibly even CVs may be a thing of the past as all can be laid bare regarding your history, integrity and character online.

Has the value of recruitment advertising gone?

One could argue that the value of recruitment advertising has all but gone.  As a recruiter, even cheap advertising carries a hidden cost.  Online advertising can produce a huge and mostly inappropriate response, all of which should be dealt with.  If you’re not careful, an advert can fill your day with countless conversations with candidates who are never going to earn you a fee.  Ignoring them isn’t an option as the market can quickly turn against those who fail to operate with integrity, and this very much includes responding to those who’ve taken the time to apply for a role.

Our choice is now to advertise very few roles, opting for proactive techniques where we can approach a highly targeted audience.  The result is we can target and contact only people who are directly relevant to our campaign, meaning all subsequent conversations are high-value.  Also, we are not only restricted to active candidates who have declared their interest in gaining another role, some of which we refer to as the ‘usual suspects’ who mill around job boards seemingly on and off year after year.

Perhaps the key defining difference in recruitment today is that agencies are no longer defined by their size and power to extend their reach via expensive advertising. The playing field has been completely levelled in this respect, so that everyone can reach anyone if they know how and use the right techniques.  In 2018, it will be more and more about the quality of the process to attract the right people, often passive candidates, and then to filter to the highest possible standard for clients.  Technology will continue to evolve, and this represents as much an opportunity as it is a threat to many businesses.  Those who adapt to changes as early as possible will always end up ahead of their competition.