Spoiler alert, there are no magic beans! 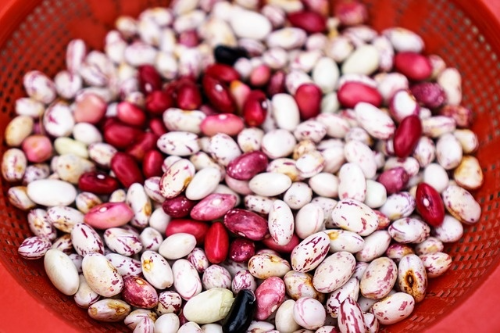 Recently, Kyle lost in the last four of the Australian Open, one of the big four Grand Slam tournaments which are tennis’s biggest tournaments with all the world's top players.  So as the world number 49, and only recently this, it’s been a surprise to see him as one of the last four standing in such a prestigious event, and this has created much excitement among British sports fans as you can imagine.

I turned on the TV at breakfast time before the big match to see Charlie Stayt, BBC's trusty anchor, hurling a range of questions at Mark Hilton, Kyle’s coach.  The theme was a common one in this scenario.  Essentially, Charlie wanted to know what magical and mystical thing has turned this previously little-known Yorkshire lad into a global superstar overnight.  You can see why this is of interest; if only we can all learn what type of magic beans Kyle has found, and where we can buy them, we can all have a bit of the same, can’t we?

We're fascinated by our successful peers

As a race, we are fascinated by our successful peers, from Richard Branson, Alan Sugar and other business gurus, to Roger Federer, David Beckham or even Ed Sheeran. We are naturally intrigued as to what has enabled them to achieve such success and adulation in their respective disciplines.  Their autobiographies fly off the shelves as we devour their life stories to try and find these elusive magic beans that been discovered by so few and lead to so much, success, fame and adulation.  Whether success, fame and adulation is the right thing for us to pursue is a philosophical discussion for another day.

I do feel there’s one big error we all make though. We all have this idea, like Charlie that there is some mystical secret behind this level of success.  The truth is, this just isn’t the case.

In my relative youth, I was lucky enough to study Sports Science in an environment surrounded by world-class sports people of all kinds.  In addition, I was lucky enough to have the opportunity to compete internationally at more than one sport.  Although by my own admission I never really ‘made it’ in any sporting arena, I certainly crossed paths with many that did.  They all had one thing in common.  Regardless of their day to day personalities, which were often varied, beneath it all they were totally focused and driven to succeed, and the amount they put into what they were doing was not only incredible but hidden to the world at large.  Consequently, their life then, and for many years previously, involved eating, sleeping, breathing and generally living their trade.

Matthew Syed, an international table tennis player, turned journalist and politician, wrote a fantastic book, called Bounce (2010), on what he called the Talent Myth.  He concludes that the thing we call ‘talent’, a mystical ‘x’ factor that some children are born with, which we use to explain their sporting brilliance is actually a myth.  Specifically, he explains that to become an expert takes 10,000 hours of practice.  The principle is actually very simple; if you have the right inputs, including the right level of technical instruction, the right available resources and environment with the right number of hours practice, anyone can become an expert.  Those we traditionally have labelled as ‘talented’ are actually just those who’ve had the right combination of these inputs.

In my experience, this is definitely the case, which is fantastic news for anyone looking to succeed at anything.

Returning to Kyle Edmund, I have to tip my hat to Mark Hilton who remained utterly nonchalant throughout the interview, but it became clear that Kyle’s success is far from overnight.  He’s been climbing the rankings steadily in recent years, enduring several tough Grand slams with first-round losses.  Mark described his life as being in any one of four places, In bed in a hotel, on a plane, in a gym, or on a tennis court.  So far from out shopping for more magic beans, the reasons for Kyle's success are simple, the right resources, the right technical instruction, a huge input of hours, effort and dedication to his task with a strong resilience to failure along the way.

So, what do we learn from all this?

Too often we view success as involving a mystical and untouchable component not available to us mere mortals.  In fact, this isn’t the case.  Success is simply a result of the correct combination of the inputs, and a large slice of this in either sport or business is appropriate practise/experience.

Just to add to this.  Pretty much any biography of the most successful people you read will surprise you with the amount of failure that exists as part of their story along the way.  Richard Branson’s first few businesses failed.  Roger Federer was an angry racket throwing brat (by his own admission) who all but gave up tennis around the age of 15.  What subsequently defined them was their response to failure in using it as a building block for future success.

The conclusion is actually the great news for many of us.  Whether you’re looking to further your career, or grow a business, or help your children achieve sporting greatness, you can stop looking for magic beans.  All you need to focus on is making the environment right, accessing the right resources and finally piling in the right amount of practise and effort.  If you want to know what these all look like, examples to copy and the information is all out there for all to see.  Using the Internet today, it’s not difficult to observe and research those who’ve already achieved so much.  If you're not getting the results your ambassadors are, it means that you’ve not optimised the inputs, but there really are no big secrets.