Market size and role changes in the pharmaceutical industry

I started selling in the pharmaceutical industry in the early 90’s.  At that time ‘Dr Finley’ still existed in villages and towns across the UK, able to run his practice as he saw fit for his patients, with little intervention, or indeed influence, from outside his consulting room.

Although often influenced by hospital prescribing patterns and in particular the local consultant’s choices in their specialist area, Dr Finley could pretty much determine all of his own prescribing choices.  The result, of course, was that each and every GP out there, I believe some 36,000 at that time in the UK were fair game for us pharmaceutical sales folk.

At that time there were no contract sales teams, and typically each company had one representative selling up to three of their drugs on any one territory.

Hospitals were either the afternoon slot for reps in the small to medium sized companies, or in the bigger companies there was a dedicated hospital rep overlapping two or three primary care reps, whose goal was to gain influential formulary decisions that could set a precedent and cascade out to primary care.

Companies were constantly carrying out market research to establish what strategy was best to catapult sales forward at the quickest rate.  Some common themes emerged.  One that most of us know is that it usually takes 3-4 visits to get a meaningful change in prescribing patterns.  Most companies embarked on marketing campaigns to help their sales people achieve access to their GPs multiple times over a year.

It was the sequel to this which had a dramatic impact, that was that, noise matters.  The biggest companies discovered that more noise meant more sales.  The two giants of the respiratory market at the time, Astra and GSK moved to having two reps per territory, then three reps per territory.  Markets soon became a noise competition with the resultant explosion in the size of sales teams over the next decade.  At its peak, I declined a job offer for a sales management role at Pfizer, where I would have managed a team of eight reps covering a little more than 40 square miles, I could have almost managed to go to work on a bike!

An additional side effect of the ‘noise matters’ principle was the emergence of contract sales teams.  The opportunity to add a flexible resource quickly to increase the noise with little long-term commitment or a need for costly permanent resources.

Without doubt, this all happened without any vision or realisation of the effect on the customer.  Certainly, in my time as sales manager, medical professionals became bombarded with approaches from the industry and increasingly aware of the pressure for an optimal frequency on visits.  The quality of what they were receiving, and consequently perceived value, declined.  Since then, the ABPI has moved consistently to regulate in an attempt to control a situation that had gained pace in the wrong direction. 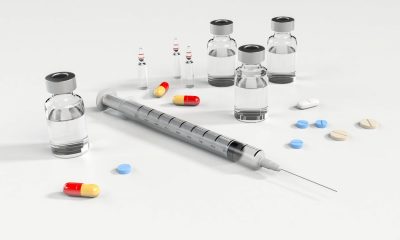 Meanwhile, on the NHS side, the medical profession had its own battle emerging. Quite simply an equation that didn’t work, dramatic year-on-year increasing demand for its resources alongside declining relative resources.  There have been many effects of this, but in respect of medical products supplied to the NHS, there have been consistent changes to try and rationalise product usage to decrease costs and decision making as it crept up the chain.  Initially, practices were driven to create uniform prescribing patterns, moving now to large groups of practices creating a uniform approach to prescribing.  Not only does this make cost-cutting easier to plan and control but having larger buying groups gives them stronger negotiating power with pharmaceutical companies and other suppliers.

The end result is truly the end of ‘noise matters’. In fact, now the reverse is true.  Decision making is being controlled by fewer people higher up the NHS chain.  Of course, influence is still possible and necessary from the ground up, but companies now need fewer, more specialised and effective sales people capable of influencing and negotiating at a more senior NHS level.  This is one factor resulting dramatic structural changes in pharmaceutical sales and marketing structures.  An additional factor of note is a change in business model.

In the noise years, a company with eight years patent left may have been prepared to run an operating loss whilst delivering an intensive sales strategy for five years, safe in the knowledge they could break a profit in the remaining three years if they skinned back or removed the sales resource.  It would seem this model has been replaced by one that demands a year-on-year profit.  With the increased longer-term risks presented by economic and political instabilities of present times no longer being palatable, share-holders are now demanding a year-on-year profit that simply cannot be achieved with such heavy sales force numbers.

Unfortunately for the bigger companies, they had inflated their structures so much that a simple round of redundancies was not going to cut it.  The result in the last five years has been the constant year-on-year restructuring with many job losses across the board.  With the demise of the noise model, the appeal of ‘block buster’ medicine is no more.  The opportunity to create a new mass market pharmaceutical and drown the market at speed at practice level with a huge sales force can no longer work in a market requiring a much more complex and targeted sales model.  Many of the companies previously focusing on blockbuster medicine have been clamouring to acquire low volume/high price specialist medicine, such as Oncology, cystic fibrosis, and others requiring smarter strategy more than boots on the ground.

It’s not all bad news.

As the industry stabilises, it will now be able to move forward once more with a more sustainable sales model.  Fewer, but better qualified, more specialised, higher paid sales people.  Customers will again become used to a higher quality approach from our industry where they are not so bombarded by companies competing for noise.  In 2018, I expect to see marketing departments and strategies bolstered with a growing requirement for a strategic excellence ahead of tactical muscle.

It would be remiss for me not to comment on the impact of all this on recruitment.  In the early years, PCC opened for business in 2001, some of the biggest pharmaceutical companies were carrying as many as 50 sales vacancies per month.  It’s no surprise that the recruitment model of choice arising from this was a ‘numbers’ based strategy offering a high volume of activity across vast numbers of roles.  Unfortunately, a numbers-based strategy places quality behind volume and my opinion is that this remains the root of poor quality delivered by the recruitment industry.

Moving forward, more than ever, the industry really does require highly specific and targeted recruitment to secure the best possible talent available.  ‘Numbers’ based volume recruitment will provide a sub-optimal result for an increasingly competitive recruitment market.  Those who are able to adopt a more targeted approach using proactive strategies to track down passive, as well as active candidates, will lead the way in 2018.