Candidate Selection – How to Dance Through the Minefield 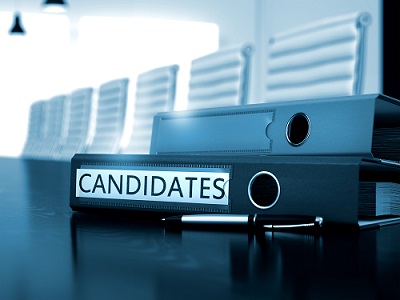 I do smile when I read blogs and news articles online about how recruiters only read a couple of sentences of a CV before deciding whether to chuck it on the discard pile or to continue – or about how they rarely read beyond the first page. These are statements can be ‘throw away’ at best and damning at worst, but in fact, there is some truth in there. I can’t speak for the rest of my peers, but CV screening is a process that I undertake pretty diligently.

When I turn to a pile (well the electronic equivalent these days!) of CVs, there are two broad stages I run through to determine whether the CV makes it to interview.  The first thing I look for is - What has this person done recently and how relevant is it to what I want them to do now? The second is - How well have they done it?

This first stage is where it becomes extremely important to have a CV tailored as closely as possible to the position applied for and the skills and experience required. If on an initial quick glance I can see that their experience is relevant, and they seem to have done things well, they go into the 'yes' pile for more detailed scrutiny, and I move onto stage two.

Stage two is a series of quick checks which help me decide whether to give the CV a full read through and make a decision as to whether to interview. Is the CV credibly laid out? It sounds simple, but it's amazing how many CVs arrive with different fonts, overlapping boxes, block capitals, long paragraphs of uninterrupted prose or just as bad - one-word bullet points.  If a CV fails the most basic test of presentability, then it's probably worth calling it a day at that point.

If the applicant has previously worked in the same role they've applied for, then ticking the ‘recent roles’ box is not so hard. However, candidates are often not terribly great at taking transferable skills from roles which are not so closely related and then selling their abilities to perform and succeed in the post they have applied for. What has the candidate most recently done, and is it a good match for what you want them to do now? If that question can’t be answered from reading a CV, then in the situation of a hotly-contested role with many applicants, such a CV is likely to end up on the reject pile in favour of candidates who have made their suitability and skills very clear. Recruiters facing a hard-to-fill role with a shortage of suitable applicants will have more time to tease the information that they need directly from the candidates.

I also look for visible achievements - It's one thing having already undertaken a role that's well matched to a job’s particular requirements, but was that role done well? I look for measurable achievements and outcomes on a CV – it won’t suffice to say you were a success, it should be demonstrated.

The ‘job-hopper’ label is generally negative, but it is important not to miss out on great potential talent. As a very general guide, if someone has left a job in under two years, I would at least be asking the question as to why.  If someone is moving in under two years repeatedly, the textbook says that regardless of the reasons why, the pattern will likely repeat.  However, more so than ever before it is possible to have an excellent prospect who has suffered three redundancies in a row through no fault of their own, so it is important to determine if the candidate has valid reasons for regular job changes (including freelance or project work) or if they have underlying difficulties such as adaptability or personality. Don’t discard candidates without knowing the facts, sense check the candidate’s logic behind their moves and look beyond dates to focus on their successes.

A CV shouldn't have any gaps in time, so it’s important to check continuity.  If a candidate has left a year or two out somewhere, it probably means they don't want you to see it!  In one memorable interview, I once spotted a one-year gap at the end of an otherwise spotless interview. The red-faced candidate revealed he had spent a year in prison for GBH after knocking his brother out in a pub… Aaah!  However, in another interview, a candidate revealed that they had taken several months out to care for their seriously poorly spouse and young children, and had been unsure how or even if to articulate this on their CV. It is important to probe, sensitively, where appropriate.

It’s a big tick in the box if a CV can demonstrate internal career progression.  This is perhaps the strongest indication you could ask for that an employee is successful and valued by people who have witnessed them in action. Likewise, a return to a previous company -  a clear indication that the candidate was considered a valued employee worth re-hiring.

Ultimately no two CVs are the same, so it’s not always possible to just apply a set of rules to determine candidate selection. Initial instinct, based on years of experience, is often proved to be right but there are always exceptions. I would pick up the phone and have a conversation at that point as there is no substitute for effective dialogue and the personal touch for reaching a positive conclusion.